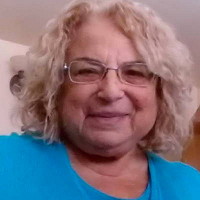 I received a Bachelor of Science degree in Chemistry from the City University of New York many years ago. Over the next forty-five years I worked in the scientific information publishing business as a translator, indexer, and, for twenty years, as a manager of other scientists. I saw the business change from printing of paper journals to electronic processing and production of information.

After retiring in 2008, I turned my back on fact-based writing to more fanciful fiction. I participated in the National Novel Writing program for the first time that year and have 'won' NaNoWriMo almost every year since, producing drafts of romantic mysteries and fantasy novels. The Crimson Orb was first written for NaNoWriMo in 2010 and went through several revisions since before being published by the Phantasm imprint of Assent Publications in June 2014.

I perfected my writing skills in classes and writing groups at Writers Village University where I've served as a mentor intern for the F2K survey course and facilitated literature classes for the MFA certificate program there. Best known online as hilandmum (or Mum) or as plotweaver at NaNoWriMo, I've enjoyed making friends with other writers and even met a few over the years in real life.

My two flash mysteries, Natural Causes and Say Cheese were published in the anthologies The Darwin Murders and Tasteful Murders. A short story, Princess Petra, appears in The Way Back anthology.

I live with my husband of fifty years in the high desert at the base of the Sandia Mountains in New Mexico, where we can watch the quail, roadrunners and other creatures scamper along the top of the wall around our back patio, as well as the play of light across the mountain face beyond.