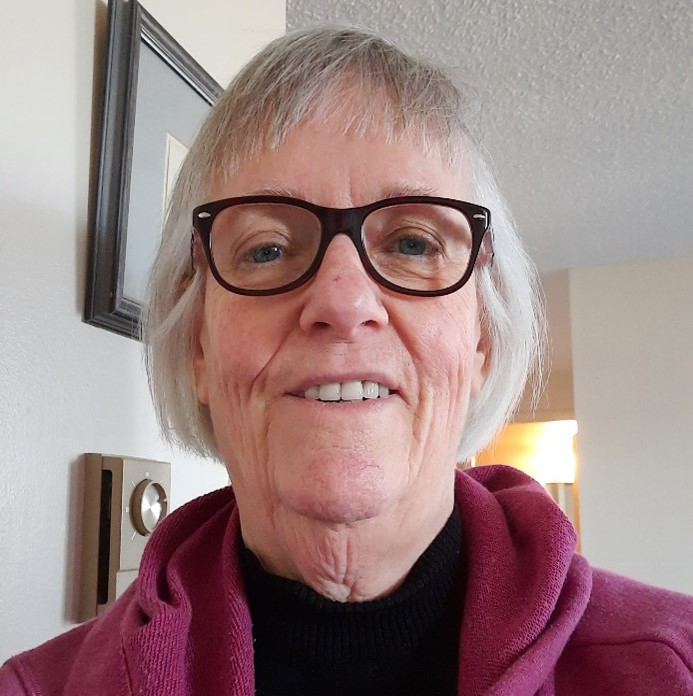 At the age of seven, I informed my family that when I grew up, I was going to be an author and live in an authorage.

I was born in Kenya many years ago, then moved to London, England at the age of seventeen, where I came of age among the hippy crowd and flower power, the birth of the Beatles and the Rolling Stones, anti-war and anti-anything rallies. In a moment of lucidity, I accepted an offer from the New Zealand government to immigrate there, where I worked in a variety of worthwhile but dull (to me) workplaces. In 1981, with my husband, three children, seven suitcases and high hopes, we moved to Canada.

My children have grown now and left home, my husband has moved out, and in the freedom of my solitude, I am finally able to focus on attaining my childhood goals.

I write short stories, mostly literary, because I am intrigued by what makes an ordinary life extraordinary, or a mundane situation interesting, or the commonplace surprising. What better way to do this than to write about familiar people in conventional situations by uncovering their innermost secrets.

I have been very fortunate to have been published, and to have won (among a few other contests) the Alice Munro Short Story Award just a week before she won the Nobel Prize for Literature. That’s less than Six Degrees of Separation between this would-be writer and one of the world’s greatest.

This journey of mine has been and continues to be an inspiration as I turn my apartment in Ottawa, Canada into my very own authorage, filled with books, papers, music and the realization that I can perhaps -- just, almost -- call myself an author.